The Ruins of Indian Church in British Honduras. (1904) 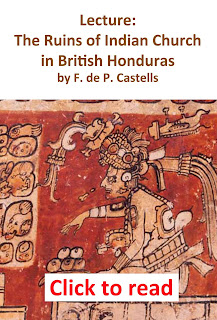 
Bexleyheath and Welling. Being a contribution to the history of the district. (1910) 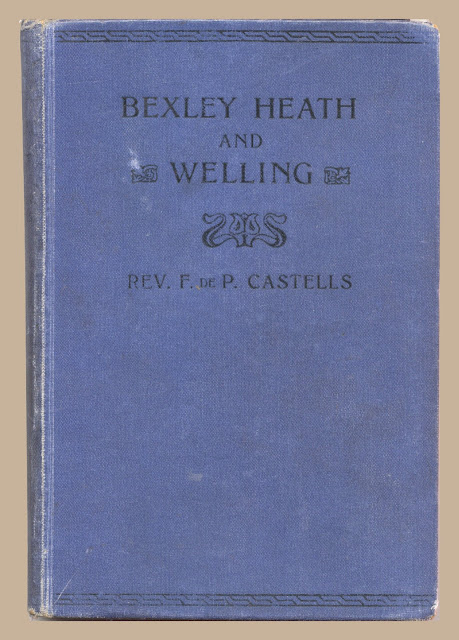 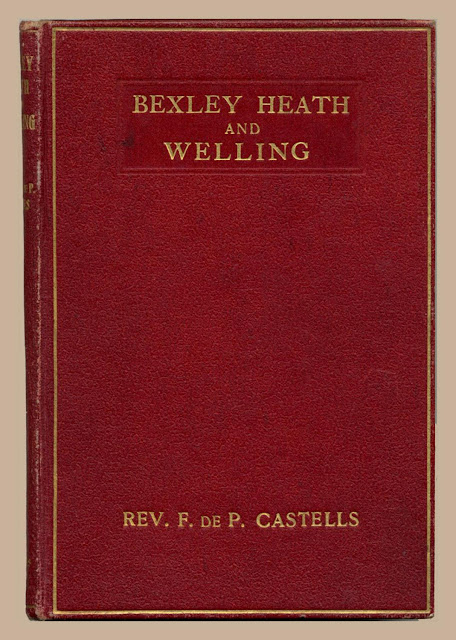 The Thoughts of the Master: being the message of the Messiah as handed down by Lucanus and interpreted for the members of his own Bible classes by the Revd. F. de P. Castells. (1911) 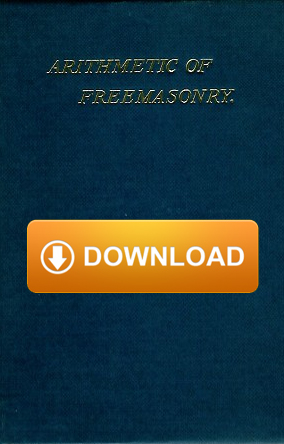 The Geometry of Freemasonry ... Reprinted from the Transactions of the "Authors' Lodge.". (1915)

The Village of Stone (Kent) and its Druidical Circle in Pre-historic Times ... Reprinted from "The West Kent Advertiser.". (1916)

Was Sir Christopher Wren a mason? Reprinted from the Transactions of the "Authors' Lodge.". (1917) 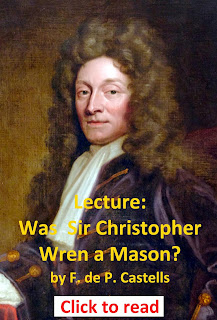 The Old Roman Road in West Kent, from Greenwich to Springhead ... reprinted from "The Dartford Chronicle.". (1920)

The Apocalypse of Freemasonry. (1924) 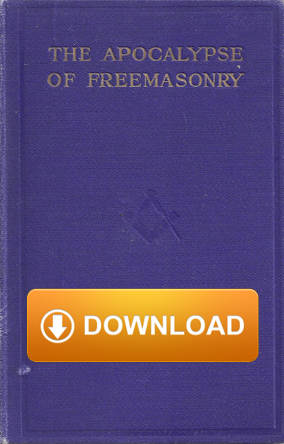 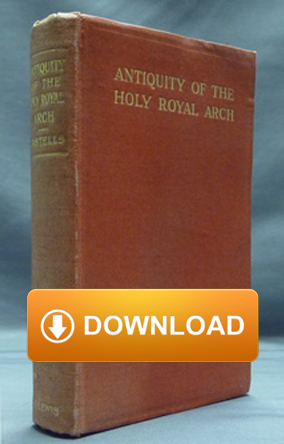 
Prehistoric man in Genesis. A study in Biblical anthropology, giving the true reading of the first chapters of the Bible. (1929) 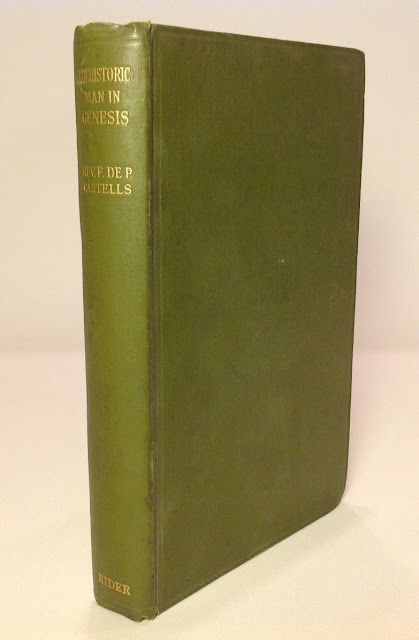 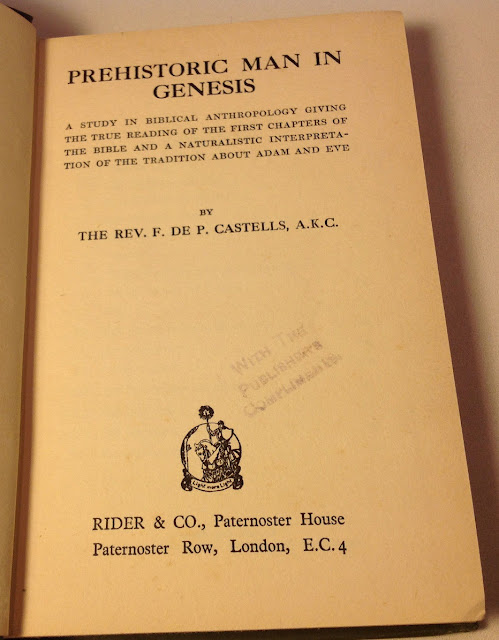 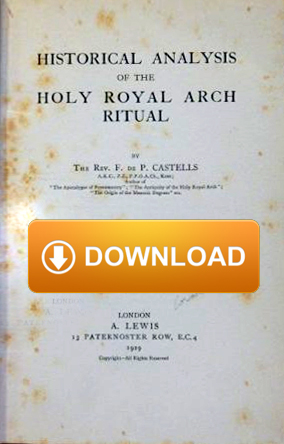 Organization of the Royal Arch Chapter two centuries ago. (1930) 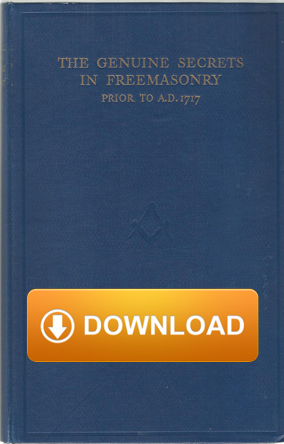 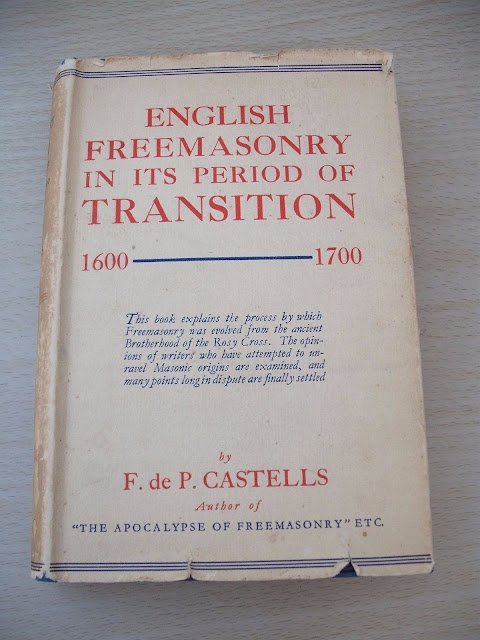 Our Ancient Brethren the Originators of Freemasonry ... An introduction to the history of Rosicrucianism, dealing with the period A.D. 1300-1600. (1932) 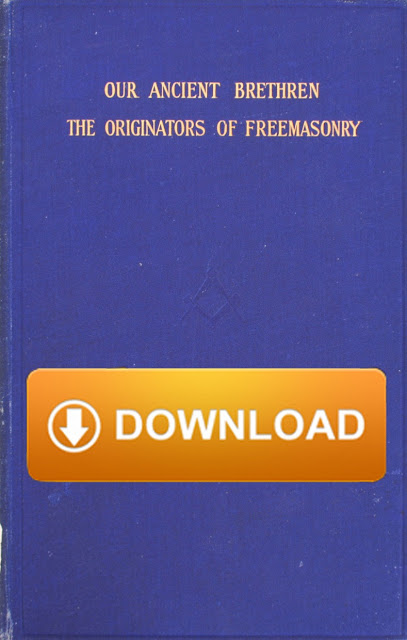 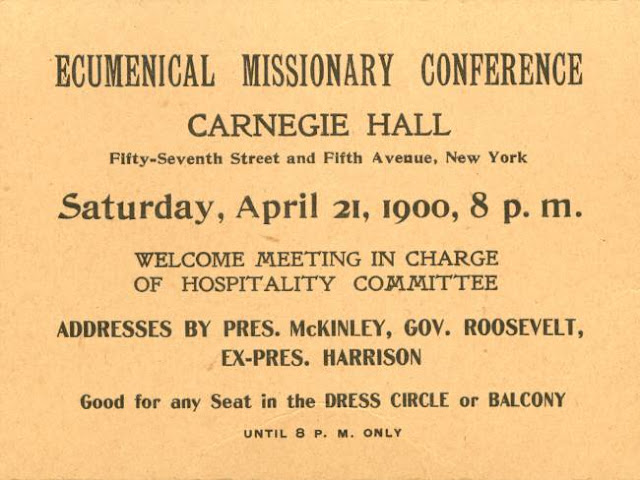 I wish to correct two erroneous ideas which I find to be prevalent concerning the country south of the United States. The first, is that all of it is Spanish. This is not true. In Mexico, for in stance, it is said that not more than fifteen per cent, are of Spanish origin. Some of its legislation and the official language were taken from Spain, but it can scarcely be called a Spanish country. Then, if you go out of the Gulf of Mexico, you will find all along the Atlantic coast, from Yucatan to Brazil, the English, and not the Spanish language prevailing. In the Republic of Salvador, on the other hand, no less than one-fourth of the total population still speak their aboriginal dialects, and in Guatemala, out of 1,800,000, more than 1,000,000 are absolute strangers to the rich Castilian, speak ing nothing but their own primitive tongues. Everybody knows that the 16,000,000 of Brazil speak Portuguese. The Guianai are English, Dutch, and French. In the heart of South America the majority of the inhabitants are pure Indians, and a very large percentage still use Quichua, Guarani, and Aymara. In the extreme south, there are also large numbers of unreclaimed Indians without anything Spanish about them. Indeed, my estimate is that barely one-third of South Americans have Spanish blood in their veins, and that not more than one-half can be said to have Spanish for their mother tongue. These facts show the high importance of the Indian mission work.

Secondly, there is the fallacy that the people of South America, whom the handbooks of geography classify as " Christian," have already the gospel and need not to be evangelized. South America is a priest-ridden continent, without family life, given up to domestic anarchy, to religious bacchanals, to the worship of grotesque images, to the practice of pagan or semi-pagan rites, and to the control of a most profligate priesthood whose main business seems to be that shameful traffic in souls for which they have attained world-wide notoriety, and by which the gospel of Christ has become a by-word.

Outside of the 750,000 Protestants which there may be, most of whom are foreigners, not only are the words of the Gospel not known, but, I venture to say without fear of contradiction, that for most of the people in those parts, the death of Christ is still a meaningless tragedy. We find there the very lowest and most degraded form of Romanism that can be conceived. Some European and American Roman Catholics who go there will not recognize it as their religion, but prefer to attend Protestant churches. Of the common people, only a very few have anything like a clear conception of the dogmas of Rome. You ask: How, then, do the priests retain their grasp on the continent? It is entirely through dread of the unseen and of the world to come which is instinctive in man. Again, up to this day, nearly 7,000,000 people in South America still adhere, more or less openly, to the superstitions and the fetichisms of their an cestors, having never submitted to any Christian ordinance; while perhaps double that number live altogether beyond the reach of Christian influence, even if we take the word " Christian " at its widest meaning. In all the seaports of the continent there are large and growing communities of foreign Protestants, and these are generally well provided with ministers and houses of worship. But the natives remain untaught, if not forgotten. In Uruguay, there seems to be one minister for every 200 foreign Protestants. But the missionaries working among the people of the land are about one to every 100,000. In Brazil, too, for the 140,000 foreign residents who are Protestant, there are 120 workers. This is twice as many as the missionaries working for the 16,000,000 native Brazilians. In the Dominican Republic there are a dozen or more preachers rendering excellent service among the English-speaking negroes from the other islands, who are Protestants; but the natives are generally passed by. And in the little Republic of Costa Rica, for the 5,000 Protestants who have come from other lands, we have eight workers, while for sixty times that number of natives, we have but two. Brethren, ought these things to be so? By all means let the foreign settlers have their churches and ministers. But if our Christianity is not of the aggressive type, it must be a very mean thing indeed, for it implies that we are not in earnest.

The story of the last seventy-five years and more, the period of independent political life enjoyed by the republics of South America, has been one continuous struggle for supremacy between the civil government and the Church of Rome, the cause of the government being championed by a radical party which is commonly termed "Liberal," and the cause of the Church by a clerical one, ordinarily described as " Conservative." In some of the republics, as Mexico, Guatemala, and Chile, the civil authority has already triumphed, and Protestant missionaries enjoy the protection of the law. But in others, the priest is still a power, and our position is very different. We may be tolerated, the letter of the law may be more or less favorable; but the prevailing bigotry and the pressure put by the clergy upon the local authorities completely nullify the law, and the missionary has to suffer.

In Mexico our Protestant missions have taken deep root, and already as many as 70,000 Mexicans have been brought under the power of Christ.

In the five republics of Central America, with about 5,000,000 souls, there are fifty workers belonging to five different missions. One district the Mosquito Coast has been thoroughly evangel ized by the Moravian Brethren, who supply two-fifths of our missionary force; but the rest of the field has barely been touched.

The Lesser Antilles have been well evangelized, chiefly by missionaries from England; while the larger islands are now being liberally provided for from this country. The French West Indian Islands, with 500,000 souls, are still a very needy field.

In the whole of Venezuela, with 2,500,000, there are but seven missionaries. In Colombia, with over 4,000,000, there are but three mission stations. In Ecuador, the power of Rome is broken, and at present, not only is the Bible allowed to circulate, but missions have already been established by American Christians.

In Peru, with 5,000,000 souls, the venerable Dr. Wood was not long ago the only worker, but he has been re-enforced, and a new mission associated with the Regions Beyond Missionary Union has now been established, which promises to do much. When these new developments appeared, the priests opposed them and so slandered the workers that we feared their strategy would succeed. Now, however, the tendency is to remove former restrictions rather than impose new ones.

Brazil has a territory as vast as the United States. Its present population is nearly 18,000,000, and among them only fifty missionaries are at work, with about the same number of native helpers. The number of Brazilian converts exceeds 8,000. The 2,000,000 of aborigines of the interior are yet unreached, but the South American Evangelization Society of Toronto is now seeking to provide for them.

In Uruguay, which comes next, a good work is being done, but the staff, in both of the missions there, is insufficient for the 1,000,000 of souls around them.

The same might be said of Argentina, with its 5,000,000 people. But, happily, that republic is obtaining more and more attention every day. The most remarkable of the Protestant missions in South America is doubtless that of the South American Missionary Society in Tierra del Fuego, where a tribe of savages, among the lowest known in the scale of civilization, have been humanized and Christianized,

The foremost of the republics is Chile. But the gospel is needed there no less than it was in ancient Athens and in Rome. The missionaries now laboring among its 4,000,000 people are about sixty. In some places they have met with remarkable success.

Then, in the heart of the continent, there are two more countries: Paraguay, which has 750,000 souls; but hitherto only small beginnings of mission work; and poor Bolivia, with 2,500,000 souls, now brought within easy access from the Pacific by the railways of Peru. The only work done there has been effected by the agents of the Bible Societies and others, who have gone through that country, Bible in hand, to prepare the ground for more permanent work.

It would be difficult to state the present strength of the mission ary host in those countries, owing to the great variety of organiza tions and the difficulty of obtaining full reports. But I do not think that we have more than 300 missionaries (exclusive of wives), or one to every 200,000 souls. And whether there be more or whether there be less, the fact is that as the missionaries are not and can not be equally distributed through the continent, the calculation of any such proportion is merely theoretical. The bulk of those multitudes remain far beyond the range of evangelical influences.

On the other hand, it is because of this great deficiency in preachers and evangelists that we should value the more the efforts that are put forth by the Bible Societies. During the last seven years these Societies have made a great advance. The British and Foreign Bible Society alone has from thirty to forty workers per manently employed in disseminating the Word of God in those vast South American fields. Most of our efforts, however, have hitherto been directed to the Spanish-speaking Mestizos and Creoles, and the poor aborigines have remained uninfluenced by our work. This will not be so in the future. Some portions of God s Word have already been translated for them in nine of the principal languages. Unfortunately, the readers among those people are not numerous. Some thousands of copies, however, are now in circulation. Wherever the colporteur has sold or given a portion of Holy Scripture, there is an opening for work. The purchase of that Book is evidence of a desire to know more on the part of the purchaser. 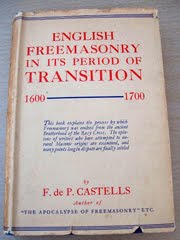 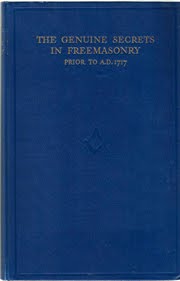 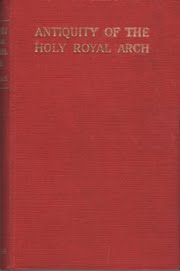 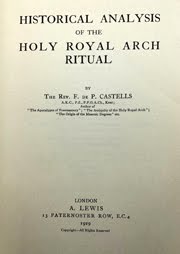 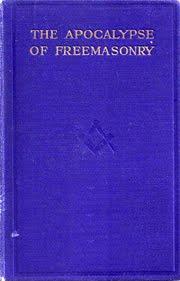 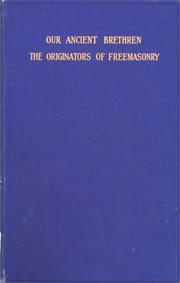 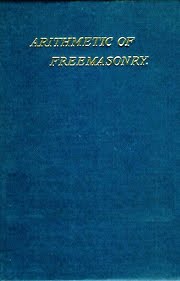 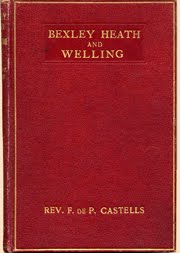 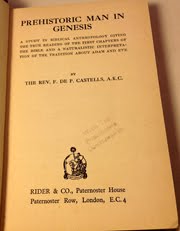 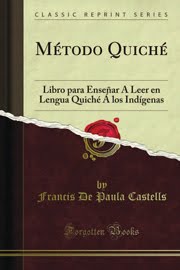 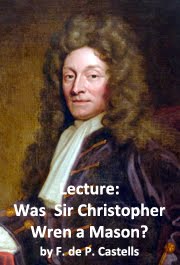 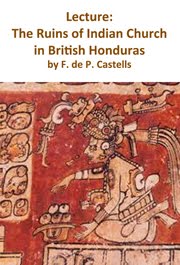